“Your coming of age is about representing who you are, and hip-hop music contains a message — it tells a story about who you are — and what you wear is also proof of it,” says Nas in an interview with the New York Times on his new documentary, "Fresh Dressed." The film, directed by Sacha Jenkins and executively produced by the Queens native, traces the history and legacy of hip-hop fashion, spanning over four decades. Available now on demand with theater screening in select cities, the film features commentary from some of hip hop's biggest stars including Diddy, Kanye West, LL Cool J, and more. 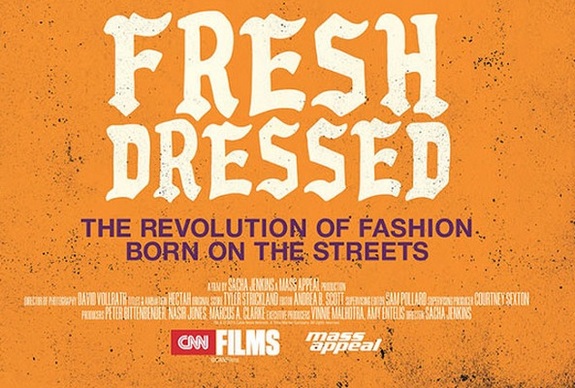