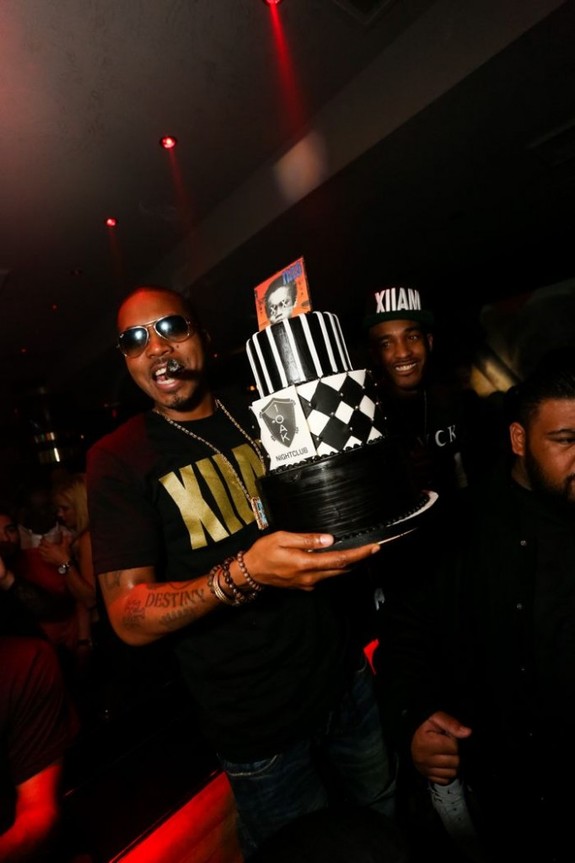 Nas has got a lot to celebrate these days, this month the hip hop legend celebrated the 20th anniversary of his debut album, Illmatic, the premier of a new documentary, "Time is Illmatic," at The Tribeca Film Festival and most recently, the opening of his new sneaker boutique, 12AM RUN, on the famous Las Vegas Strip over the weekend. Following the opening of Nas took the celebration to The Mirage's 1 OAK where the hip-hop legend gave an unforgettable performance to celebrate his new venture as well as the 20th anniversary of his classic album, Illmatic. Nas arrived on the red carpet for photos dressed in a special edition black and gold 12AM RUN t-shirt complimented with dark denim, before proceeding inside the packed venue. 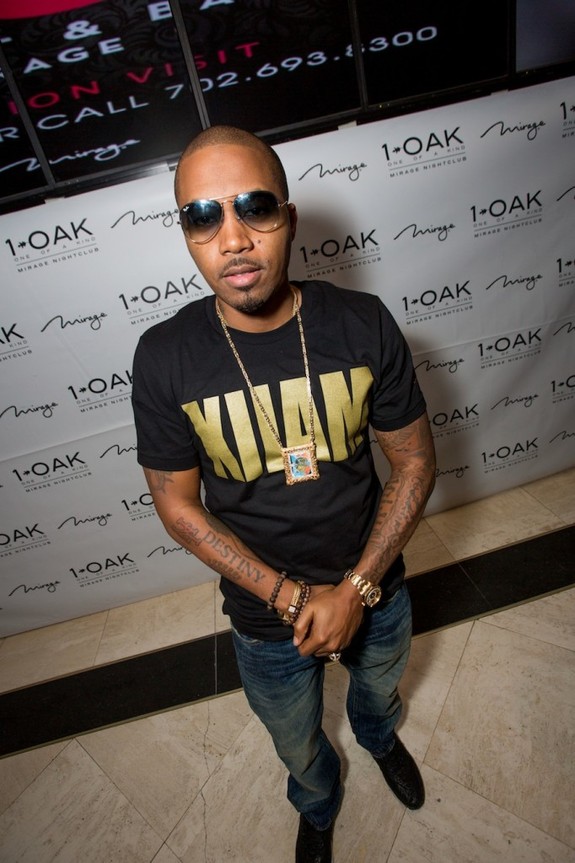 Taking the stage shortly before 1:00 am, the legendary emcee opened his performance with classic joints from his career, including 1999's "Hate Me Now" and 2002's "Made You Look," before going into classic tracks from his debut album, Illmatic. Amongst the celebrities in attendance were Boys II Men singer Shawn Stockman and West Coast hip hop legend, Too Short, who were both invited on stage to perform some of their biggest records. 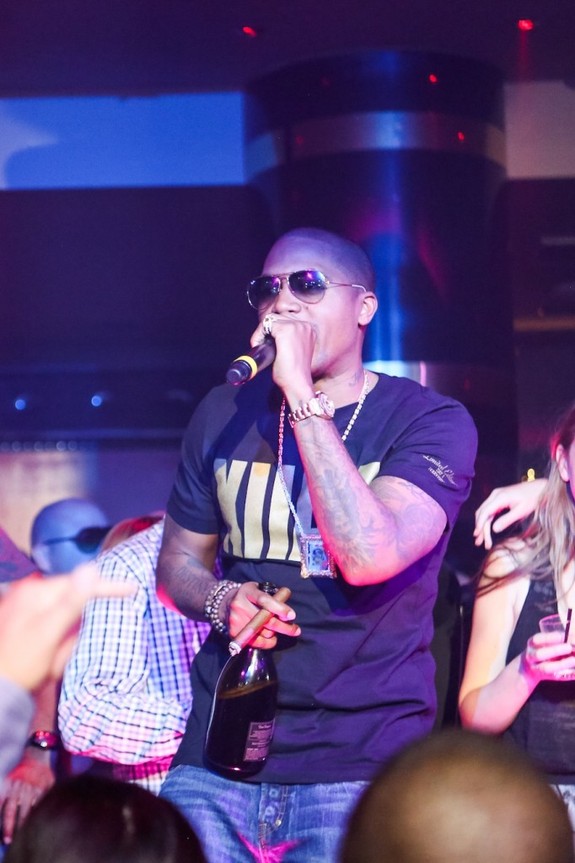 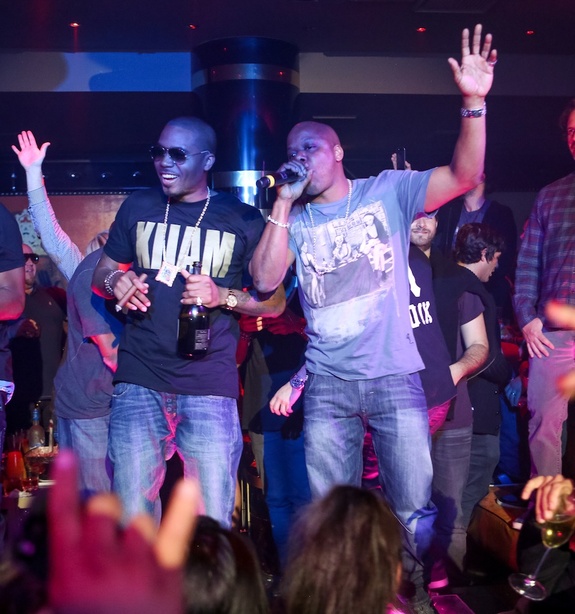